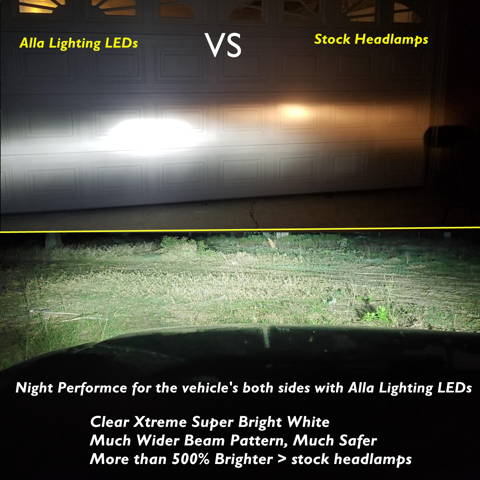 Alla Lighting warrants that its Bulbs will be free from defects in material and workmanship for ONE year from the date of purchase by the Original Purchaser. This warranty does not apply to any products that have been subjected to misuse, mishandling, misapplication, neglect (including but not limited to improper maintenance), improper installation, act of nature, motor vehicle accidents or alterations.

All domestic (U.S.) orders ship with USPS, and all orders will be shipped out within 24 working hours (except out of stock items), Free standard shipping.

All Orders will be shipped out within 24 working hours. 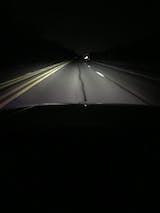 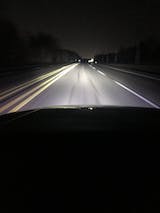 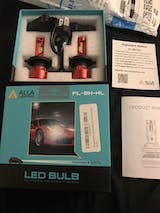 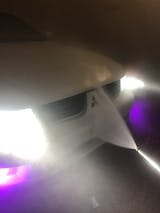 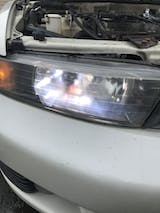 I tried a few bulbs in the $40 price range, these are brighter and have a better beam pattern than any of them. The brightness is almost too much, my old Philips Vision halogens look like candles compared to them. The high beams are also very good, not quite "turn night into day" but probably as good as you're going to get in an H4 housing. Beam pattern is near-perfect in my Camry with a crisp cutoff that required no re-aiming. Reflectors do tend to scatter a small amount of light above the cutoff for illuminating road signs and stuff, and since these bulbs are so much brighter that scattered light is also a lot brighter. I was a bit worried about that at first but after a month of driving nobody has flashed me. I definitely wouldn't consider going any brighter than these though. Do make sure your lenses are crystal clear before throwing these bulbs in, cloudy lenses are just going to scatter more light and with bulbs this bright that's downright dangerous. I used a 3M headlight restoration kit on mine.

A few complaints though:

These things get HOT. The heat sink is very hot to the touch within a minute of them being turned on. I'm worried that may impact longevity, but we'll see.

They are not "DOT" approved despite what the fancy rendering shows. It's a blatant lie. In fact there is NO halogen-to-LED retrofit bulb you can buy that is road legal in the US. They're all illegal, and if you're in a state that does inspections you'll need to keep a set of halogens to swap in before your inspection. This is actually pretty unfortunate, since it allows the market to be flooded with cheap, blue LED's with horrific beam patters and made-up lumen ratings that do more to blind oncoming traffic and give LED's a bad rep than they do to actually help you see. Since there's no DOT approval for any LED's we can't look to them to tell us which ones are actually any good, and the people that do care about color temperature and oncoming traffic have to rely on sites like Bulbfacts and trial and error to find good lights.

The red anodizing is visible in the reflectors at certain angles, and can sometimes make your car look like it has red eyes when the lights are off. This is really the biggest flaw with these lights because they could have just anodized them clear, but for some reason they chose red. I don't get it. I would try to sand off the anodizing myself, but with how hot they get I'd much rather keep my warranty intact.

I just install these LED on my 2017 Toyota Tundra they are very bright and make a big difference took me 30 minutes to install I have to remove the grille to get access to the headlight but other then that look nice!!!!!

Perfect fit on a 2020 tundra. One bad thing is that because the light is coated with red paint it's causing a little redness at night when the light is on. Other than that everything is fine

M
Matt T.
Exactly what I was looking for

Great bulbs! You do have to disassemble the front end to replace bulbs, but great video from 1Aauto showing step by step. Pictures don't do them justice.

Offer Details: 15% Off for any 3 items as below with Coupon Code: LEDforV589