Recently we heard a lot about halogen vs HID, halogen vs LED, HID vs LED headlights, which one is better? Since the first car was made, manufacturers have been looking for ways to improve their products in every way possible. Perhaps no component on a car has more significance than its headlights. After all, lights are important to safety on the road. They make sure that you can see the road ahead, even at night, or during low-light situations. And they also make sure that other road users see your car.

Headlight technology has greatly evolved since vehicles began to appear towards the beginning of the 20th century. These early vehicles were mostly equipped with simple acetylene lamps. Those headlamps overcame the challenges of carriage lamps, which powered by candlelight because they were resistant to rain and wind.

The first electric headlamps were introduced by the Electric Vehicle Company of Hartford in 1898, but they were limited in mainstream use due to the short lifespan of the filaments used in their design.

A lot of unmodified cars, particularly those from the last 20 years, will come with standard halogen headlights. Most people have experience with those and they form the baseline for car producers when producing vehicles in mass.

Halogen headlights may be cheaper and easier to replace, but they don't have a very long lifespan. Also, they consume a lot of energy and can easily drain the battery of your car. However, technology keeps on evolving in every sector and car headlights have surely not been left behind. The old model halogen lights have been out-competed by newer ones that are more efficient.

Although high-end luxury vehicles come equipped with an LED headlight kit, those that bought their vehicles a long time ago will have to replace theirs. The good news is that you can exchange your old halogen lights for better LED or HID headlights.

When it comes to car headlights, HID or LED headlights are the two names that stand out and keep on gaining popularity over the now fast aging halogen headlights.

But most car owners find the words LED and HID a bit confusing since they both describe modern headlights, which are both very similar to one another. These headlights might seem similar, but they are very different. They also each have their good and bad sides.

Halogen vs HID, Halogen vs LED, HID vs LED Headlights

Over 80 percent of cars still have halogen headlights. They are by far the most common type of headlights and are still the factory default for most cars.

These headlights are similar to the incandescent light bulbs commonly used in homes. The bulbs have a wire filament that heats up and produces light when an electric charge passes through it. The halogen gas in the bulb makes it possible for the filament to glow brightly.

Halogen bulbs are by far the cheapest but also the least bright headlights. They are also very sensitive to the oils in your hands, so care must be taken when installing them. In addition to that, they have the shortest life span of all the available headlight options, so you’ll be reinstalling often.

Halogens and their reflective housings come standard in most vehicles, so, people are reluctant to change to projection style headlights despite the various benefits provided by each.

High-Intensity Discharge (HID) is a technology that produces light by passing current between two electrodes that are covered inside a bulb with ionized gas. They work similarly to the halogen light bulbs.

There are many variations of HID bulbs, including those which use Mercury, Sodium, and Metal Halide, but when it comes to car headlights, Xenon is the most popular choice.

Xenon HID headlights produce the brightest light beams that get used in cars today and they have slowly and almost surely, replaced halogen lights in most vehicles. They are more than twice brighter than halogen lights but only slightly brighter than LEDs, and are more energy-efficient than halogen bulbs but they are less energy-efficient than LED lights.

HIDs are often brighter than LED lights but come with one major problem—they do not last long. This means that they are not a viable long-term solution as you will need to replace them frequently. They are also costly compared to their halogen counterparts but less costly compared to LEDs. Due to their very bright light, they can send a lot of glare to other motorists either oncoming or ahead via the rear-view mirror. HID headlights may be a quick option if you are running on a tight budget, however, a better alternative are LEDs.

LED lights are the other alternative to using halogen headlights. They are brighter, use less energy, and unlike the HIDs, will last for a longer time. They work by using the electricity from the vehicle to make illumination through light-emitting diodes.

They are getting more popular, particularly as the cost of components goes down. Compared to both halogen and HID headlights, LEDs are in a solid-state. This is what contributes to its durability. You could use LED headlights for many decades without having to concern yourself with maintenance costs.

Additionally, they are simple to install and you will not need any special knowledge to replace the halogen headlights with LED headlights. The main downside is the cost. They come with a higher price tag than both the halogen and HID headlights. However, considering their durability, efficiency, and bright illumination, the price is well worth it. Car owners worldwide are now getting to know of their benefits and are quickly switching over.

Halogen vs HID , Halogen vs LED and HID vs LED Headlights: Which is the Winner?

Halogen vs HID, halogen vs LED and HID vs LED headlights, which one is better? Although halogen lights have been the norm since the car was invented, over the last two decades they have been slowly replaced by HID bulbs, and more recently LED bulbs.

Subscribe us for more knowledge about auto LED lights bulbs.

So I purchased a set of low beam LEDs, high beams, switchback fog lights, reverse tail lights, turn signal LEDs, and even brake lights from alla lighting. And I can say it makes a huge difference on my 2018 Honda Civic Sport. I love how bright they are especially at night. I definitely recommend their products after seeing the improvement it made over the stock lights. 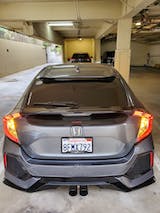 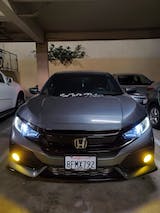 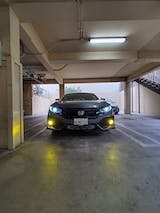 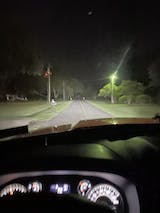 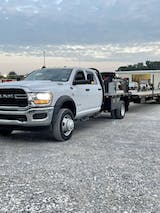 Really good lights. Wish I can get another one to make the full set of 3 for my ATV. Definitely brighter than the stock halogens, and better color. Can’t wait to try it out when I go riding at night. Thanks ALLA Lighting 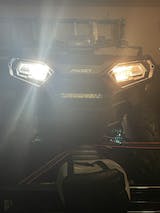 Great product, easy to install... SO BRIGHT!
Hope they last!

The first pair I got was probably a return that someone threw random lights into! But that‘s not the point of this review, I ordered two different sets of lights for my turn signals that did not work or would have required additional parts (relay or resistor). Spend the extra money and get lights with a built in resistor or CANBUS, especially if you have a RAM or European car. This is only the first day but so far I have not had any issues in my Jetta. If I used cheaper led alternatives I would‘ve been required to replace my hazard relay or use a resistor which I could do I just did not want to. I am happy I spent the extra $20. 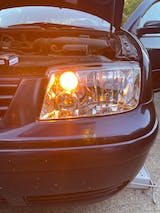